It is for ‘such a time as this’ to be a part of this vision. The Lord wants us to help Muslims receive God’s Grace and Mercy available only through Jesus.

Check Out Our New & Popular Books

"One God, One Mediator, One People" is available in paperback now in our store along with our other popular books and other items.

Why is the Resurrection of Jesus so important? 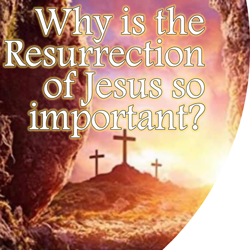 The bodily, historical resurrection of Jesus is vital to our salvation. Among many claims, Jesus claimed, “I am the resurrection and the life. The one who believes in me will live, even though they die; and whoever lives by believing in me will never die. Do you believe this?” (John 11:25-26). During his ministry, Jesus mentioned many times his death and burial and that he would rise: “The Son of Man is going to be delivered into the hands of men.

Jesus' Prayer of rescue from death

The Bible states, “During the days of Jesus’ life on earth, he offered up prayers and petitions with fervent cries and tears to the one who could save him from death, and he was heard because of his reverent submission” (Hebrews 5:7). Some 'friends' claim that Jesus' plea was heard and was rescued. Is that so?

The Holy Spirit: Is he Muhammad?

The Holy Spirit - As an Ahmadiyya Muslim and later as a Sunni Muslim, it was a subject I did not know much about. Though the word for Spirit, ruh, is used twenty-one times in the Qur’an, nowhere is it used so clearly as in the Bible and especially in the New Testament. When people asked Muhammad about the definition and the working of the Spirit, the only revelation he claimed to have received from God was: ‘They will question thee concerning the Spirit. Say: The Spirit is by command of my Lord, and of knowledge, ye have been vouchsafed but little’ (Sura 17:85). The Qur’an speaks of the Holy Spirit, Ruh al-Quds also, but Muslims take it to be the title of angel Gabriel. Yet the Holy Spirit, as mentioned as the Comforter and advocate in the New Testament, is interpreted by them to be Muhammad. As a Muslim, I had a problem with such a claim. I wrongly believed that the Bible was corrupted like many other Muslims, so there was nothing to quote in favor of Muhammad.

Today, it is popular to make statements such as, “Everything is relative” or “It is wrong to think that a person can know the absolute truth.” One does not need academic degrees in logic to recognize the self-contradictory nature of such a claim. If there is no absolute truth, how can those who hold such a view make assertions about “everything” or insist that anything is “wrong” or even “right”? Many of my Muslim friends have embraced such a mindset in the spiritual area as they engage in conversation with people of other faiths. 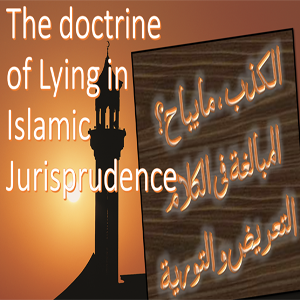