Every year, millions of Muslims around the world make the religious journey known as Hajj to Mecca. As one of the five 'pillars' of Islam, Hajj is a requirement for Muslims to perform at least once in a life, if physically and financially able (Qur’an 2:196ff). Muslims consider their sins forgiven due to their paticipation. Some make the pilgrimage more than once. 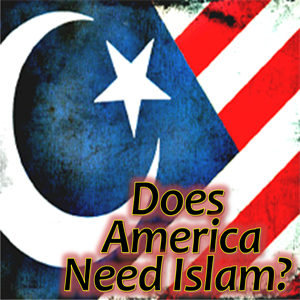 Does America need Islam? Salam Al Marayati, the executive director of the Muslim Public Affairs Council, DC published an article, "The Key to Defeating ISIS is Islam" on September 18 in the Huffington Post. (The link is posted at the end of my response). He claims, "America needs Islam -- not to convert people to the religion, but as the antidote to the toxic and threatening ideology of ISIS.” I disagree completely with his statement.

Personally, I have felt the negative side effects of Islam, which America most definitely does not need! I was born in Islam, did my best to be a good Muslim for 23 years and have studied it for 40 years. Salam Al Marayati’s article seems to be a deliberate attempt to show Islam as a peaceful ideology and ISIS as a group which Islam does not condone. Let’s look at his claims concerning ISIS and Islam and see the real picture. I have dealt with all his 8 points in the light of the Qur’an and what Muhammad taught.

Are high attendance rates and huge church buildings signs of true success in the body of Christ?

Is a church with a big building and high attendance a sign of success? According to Barna Group, a Christian polling organization, almost half of Christians in the USA (49%) say church attendance is "somewhat" or "very" important, but half (51%) say it is "not too" or "not at all" important. The younger we are, the worse the numbers get. Only two in 10 adults under the age of 30 believe church is important; more than a third take an anti-church stance.

The mark 'noon', Christian homes and Jesus as our Passover

The world is watching with horror as Islamic State jihadists in Iraq crucify Christians, behead children, and bury victims alive. When Christians flee ahead of their advance, the terrorists then steal their homes and businesses. They mark them with a red, painted U-shaped symbol with a dot above the center. This is the 25th letter of the Arabic character set (pronounced "noon"), equivalent to the Roman letter N.